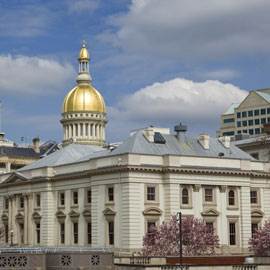 Coming to terms with your weight is a struggle for all of us, but at least most of us have the benefit of not having our weight loss struggle broadcasted on the evening news. This can’t be said for our Governor Chris Christie. All politics aside, Christie’s very public battle with weight loss makes him a relatable figure for many people, especially those participating in a weight Loss Program New Jersey. Governor has had the unfortunate experience of being the butt of many political satirists’ jokes—Jimmy Kimmel even poked fun at Christie’s weight this past April at the White House Correspondent’s dinner as cameras zoomed in on Christie’s face to capture his reaction.

Christie has been a good sport in regards to his weight, but this month he finally opened up and talked about the issue a bit more seriously. In an interview earlier this month, Christie told ABC News that he has been battling his weight for 30 years, and if losing weight were easy he’d “already have fixed it.”

Isn’t that something that many of us can relate to? Christie remarked in this same interview that he hears comments from those who care about him constantly and knows they mean well, but also receives tweets and offhand remarks from those who hold a prejudice against him due to his weight, making weight loss even harder to manage. There are even those who claim that his weight is going to stifle his political career, asserting that elected officials who aren’t in optimal health can’t perform their duties as efficiently as they should.

A lot of you have friends and family members that constantly bombard you with questions about your weight too, and while they might mean well, being constantly reminded about your weight and your medical weight loss goals can grow frustrating and overwhelming. As you are coping with these frustrations at the office or at home in the evening, be thankful that your slip ups aren’t being broadcasted on the 24-hour news cycle.

Governor Christie is engaged in a weight loss program in New Jersey where he claims to work out with a personal trainer at least four days out of the week, but with such a demanding career and constantly being on the road to address political concerns it is no wonder that the Governor has trouble sticking to any sort of diet plan.

Christie opened up about feeling guilty about his weight, and after being rushed to the hospital for his asthma earlier this summer Christie has even acknowledged that his weight is affecting his health—but that doesn’t make losing weight any easier.

As you cope with your own weight loss struggle, keep our governor in mind. He is working hard to lose weight as are you. Be thankful that your weight loss efforts aren’t news for the tabloids and keep your head up. If the Governor can try to lose weight under all of his political pressures, than you surely can too.