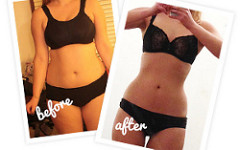 As the obesity epidemic continues to cause concern among weight loss programs, scientists take a closer look at why some people are more likely to engage in behavior that leads to obesity. A recent study looked at overeating and eating foods that are loaded with fat and calories.

Researchers led by Prof. Christine Feinle-Bisset of the University of Adelaide in Australia conducted a study that analyzed the difference between how obese men and normal weight men responded to fatty foods. Participants in the study were asked to sip drinks that contained small amounts of fat and report when they could taste the fat. Researchers found that being obese was associated with a reduced ability to detect the taste of fat in the drink.

In addition to monitoring the ability to taste fat, researchers measured blood levels of a hormone in the gut that is normally released when fat is consumed. This hormone helps to suppress the appetite and was measured in lower quantities in the obese participants. The combination of a reduced taste detection of fat with lower appetite-suppressing hormones may explain why some people who are obese have diets that contain more fat than people who are at normal weights.

More research is being planned to determine if a change in diet could lead to a change in hormone levels and fat taste in obese and lean people.